Changing existing LUNs to Round Robin on ESXi

In the following steps, I am going to show you how to set all of the VMFS Volumes (LUNs) on an ESXi Host to use the PSP known as Round Robin, using only the ESXi Shell and/or SSH. This is clearly the simplest and most direct method of changing the PSP for existing volumes, and it is available from all ESXi Hosts in every environment.

There are other ways of changing the PSP, including using the vSphere Client and setting each VMFS Volume individually or using the VMware vSphere PowerCLI and setting the PSP for all of the VMFS Volumes at once, but either of these methods may be undesirable or unusable in any given situation:

Determining the default PSP for an ESXi Host

In the following example, we have an ESXi Host on which all of the VMFS Volumes have been created using the Most Recently Used (MRU) PSP, which is not the best or most optimal choice for our SAN.

To begin, let’s check what the default PSP is for ALUA arrays (VMW_SATP_ALUA) for new VMFS volumes on this ESXi Host.

In the first line of the output, we can see that the default PSP for ALUA Arrays is Most Recently Used (VMW_PSP_MRU), which is not correct or desirable for our SAN.

Change the default PSP for new VMFS Volumes to Round Robin.

And check your success by running the command:

Changing existing VMFS volumes to use Round Robin

Esisting VMFS volumes may either be changed to Round Robin one at a time, or by using a scriptlet, we can search for all VMFS Volumes on a host, and then change them all to use Round Robin at once!

First, list all of the LUNs by running the command: 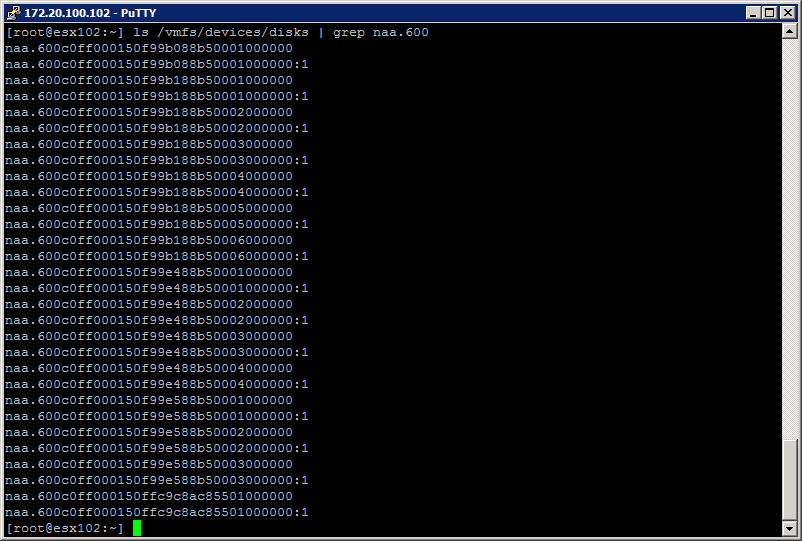 You will see two lines for each LUN, one is the device (first 36 characters) and the other is the first partition (:1).

Because we only need to set the PSP for the device and not the partition, we will cut the first 36 characters from our grep as a variable ‘i’, and pipe the variable to the command ‘esxcli storage nmp device set –device’ and insert the cut characters ‘$i’ in place of the device name, like this:

When complete, you will find that all of the VMFS Volumes on this ESXi Host have been switched to using the PSP Round Robin! 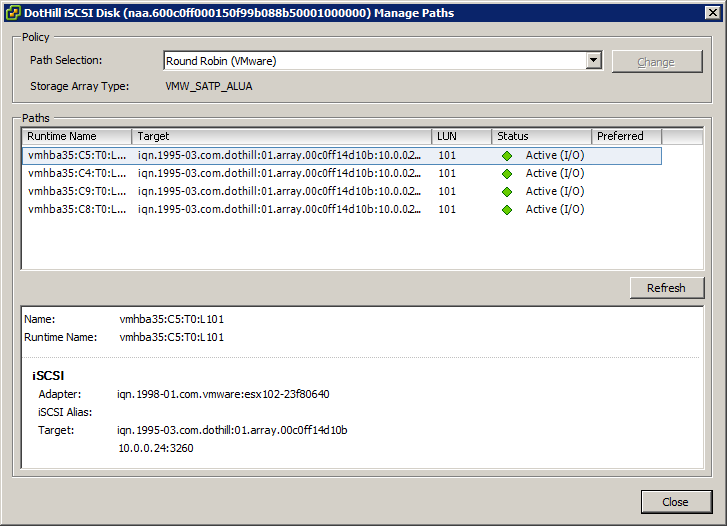 2 thoughts on “Changing existing LUNs to Round Robin on ESXi”