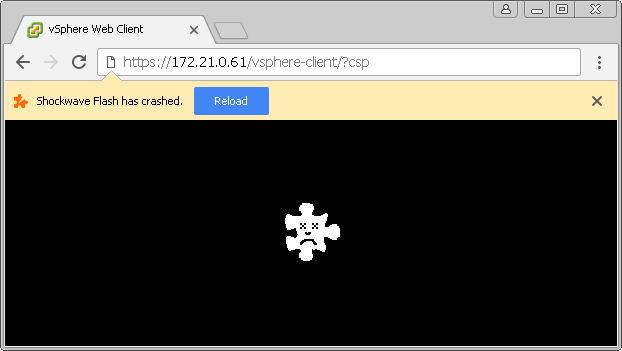 VMware is asking us (VMware KB 2151945) to use an older (read: deprecated, insecure) version of Shockwave Flash as a workaround. You can find excellent instructions to implement this workaround on virtuallyGhetto.

According to RHEL, the version of Flash that VMware is asking us to use is vulnerable to CVE-2017-11292, with exploits known to exist in the wild.

I will not recommend upgrading VMware vSphere beyond version 6.0 until a standards-based client is available!

Here are some steps you can take to smooth your vSphere Management experience: