I have fewer than a dozen ESXi Hosts but I plan on breaking those up into several clusters of 3-6 Hosts each. I believe that I will have better control over resources by dividing my Hosts into multiple clusters and segmenting my Virtual Machines by category (VDI, DEV, etc.).

The rational for configuring fewer, larger Clusters is simple: The unintended failure of one host represents a smaller change to the percentage of total Compute resources in a 12 Host cluster than it does in a smaller cluster of 3,4, or 6 Hosts.

Larger clusters have the following advantages:

The valid reason for dividing larger numbers of hosts into several/many clusters relates to basic vSphere limits per ESXi: Not enough ports, not enough uplinks, too many VMs per Host.

I plan on installing vCenter with an External Platform Services Controller. I believe that this will provide a more resilient and better performing installation at my location.

External Platform Services Controllers have several advantages, especially when multiple vCenter Servers are going to be required. Make no mistake; the PSC (Embedded or External) is a single point of failure unless otherwise protected!

I am going to choose a SAN from an old-school vendor for my installation because they have the best products. I believe that the old-school storage vendors have an inherently better product.

While old-school storage vendors may have been around awhile, so have their products. Many of the platforms being sold by the most well-known vendors are merely new plastic grills on the outside of fairly old products.

Look for trusted products, listed on the VMware HCL, that provide the agility you desire at a value you can accept.

I believe SSH is a vulnerability. I plan on requiring authorized administrators to enable SSH and/or the ESXi shell, on a per-host and per-session basis, only when absolutely required. I believe this will conform to “Best Practices” and secure the environment.

In a hypothetical situation where you are managing a vSphere cluster on which lives depend, and something goes wrong, do you really want to spend additional time enabling SSH in order to begin solving the problem?

What if you contract for IaaS resources and have to make an appointment for IPMI access to enable SSH? How long is that going to take?

When my users complain about slow performance in the environment, I typically add vCPU and RAM to each affected VM. I believe that adding vCPU to Virtual Machines improves the performance of those VMs.

The truth is, you are probably doing more harm than good by adding more than a handful (2-4) vCPUs to any one VM! Using 2 vCPUs by default with servers and advanced VDI workloads is all that is needed to support multi-threaded workloads.

Adding vCPUs (beyond 2 vCPU) to a Virtual Machine only improves performance when those additional resources are actually required by the server. Any vCPU resources over and above what is actually used by the VM will actually slow down every other VM running on that ESXi by causing unnecessary CO-STOP on the host.

It’s easy to find and configure over-allocated vCPU’s using the vSphere Performance Charts for any VM in question.

I believe vCenter should be installed on a physical server. How can vCenter be located on servers which it manages? I believe that if I loose vCenter, I will loose contact with everything!

This old myth has been disproved time and time again. Now, one of the most highly recommended methods of installing vCenter, using the VMware® vCenter™ Server Appliance™ can only be done on a VM!

The truth is that vCenter does not tunnel anything. Rather, you connect to it (vCenter) and vCenter connects to ESXi Hosts. Even when you open a VMRC, that graphical data and user I/O is being transmitted between the ESXi Host where the Virtual Machine is located and the client directly. That’s why so many users experience MKS issues with the VMRC! 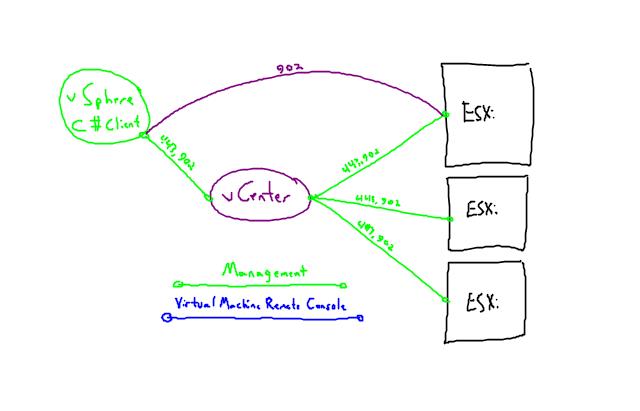 Although a functioning vCenter is required to configure HA in the first place, vCenter is not required for HA to function and re-start VMs in the event of a host failure! HA is configured by way of agents which are installed on each ESXi host that is a member of the Cluster. Even if the very ESXi Host that contained vCenter (Windows or VCSA) were to fail, in 15 seconds the HA agents on the remaining ESXi Hosts would act to re-start all of the VMs including vCenter.

Besides, how could you maintain that vSphere is suitable to protect mission-critical workloads if it can’t even protect itself!